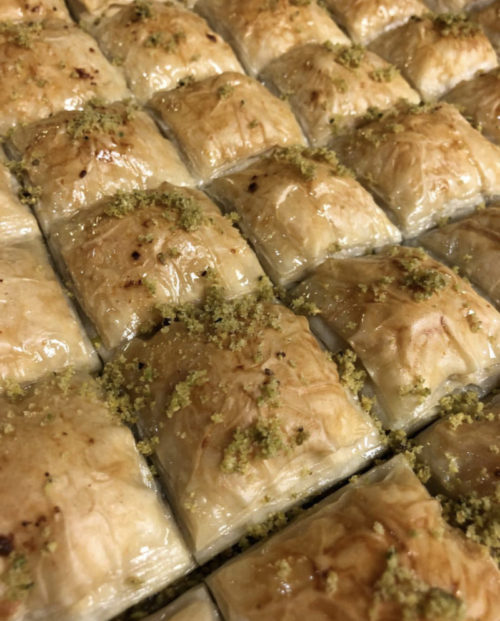 As Valentine’s Day approaches, Nouri’s will be showcasing their array of sweets and desserts for this holiday focused on love. Valentine’s Day is not only a holiday to celebrate your spouse or significant other, but also friendship and family. Here at Nouri’s, we are focused on offering the best sweets and desserts so that you, our valued customers, can fully enjoy the moments with your loved ones.  One particular dessert that is very popular is baklava. With many recipes spanning various different countries, it can be agreed that this dessert is a memorable one that will enhance any time spent with others. The delicious layers of fillo dough baked to a perfect crunch as well as the nuts nestled in the middle of the fillo dough, and then covered with a delicious sweet syrup, this dessert may seem like a tough one to master but in actuality, is fairly simple. Nouri’s offers both options for our customers. We carry all the ingredients needed to make this decadent dessert as well as offer the dessert ready to go. In fact, we bake our family’s baklava recipe in our cafe right next door to the supermarket. Whether you buy the ingredients to make at home or decide to buy baklava ready to eat, you will surely not regret it!

Below is the recipe for baklava from our family to yours…

2. Coat the bottom of a tray with a little bit of melted butter

3. Use the 1st package of fillo dough on the bottom.

4. Make the nut mix by adding some sugar and cinnamon

5. Evenly distribute the nut mixture over the fillo dough

6. Use the 2nd package of fillo dough over the nuts mixture.

7. Cut the baklava into square of whatever shape and size desired

8. Pour the rest of the melted butter over all parts of the baklava

9. Bake for approximately 1 hour and 15 minutes or when fillo dough begins to look golden brown

While your baklava bakes, make the syrup

Final Step: Take out the baklava and add the syrup all over, keep some on the side for anyone who may prefer it a bit sweeter. 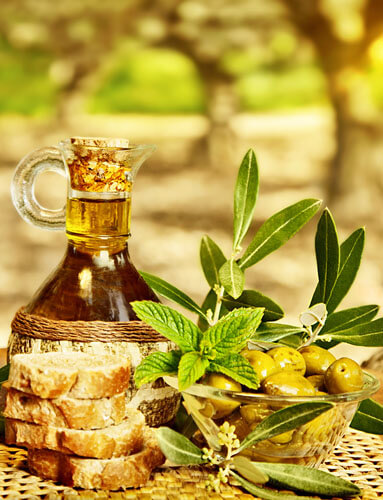